Hung Cheung do Yum Cha during the day and your standard Chinese eat in/take away in the evening. Their reputation for good Yum Cha is strong throughout the Inner West, and possibly further afield, which means you end up with lines going outside the door and down the street by mid-morning. Keeping this in mind, we rocked up just after 9:30am.

Turning up so early ended up working very much in our favour – instead of the usual trolleys, almost everything was cooked to order, with the wait being virtually nil. I highly recommend doing the same, unless the hustle and bustle of a crowded Yum Cha place is your thing. It’s certainly quiet at that time of morning.

Oh, bugger the bullshit, here are the mouth-watering pictures: 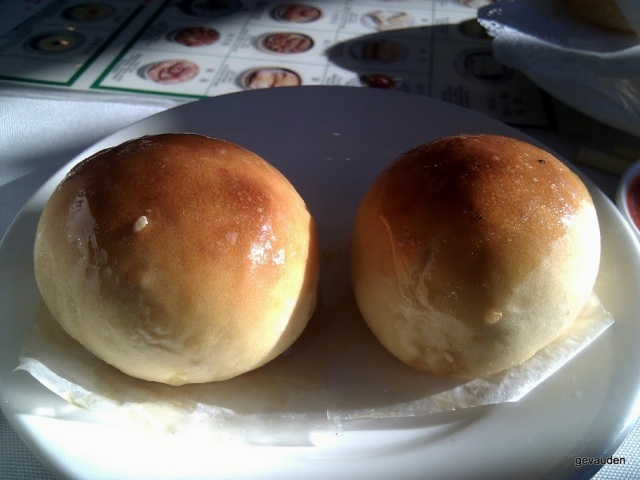 I told a fib – these BBQ Pork Buns were brought out on a tray, rather than us ordering them first. As the filling was a little cold, I can only assume they were leftovers from the day before. The taste was still outstanding, though. 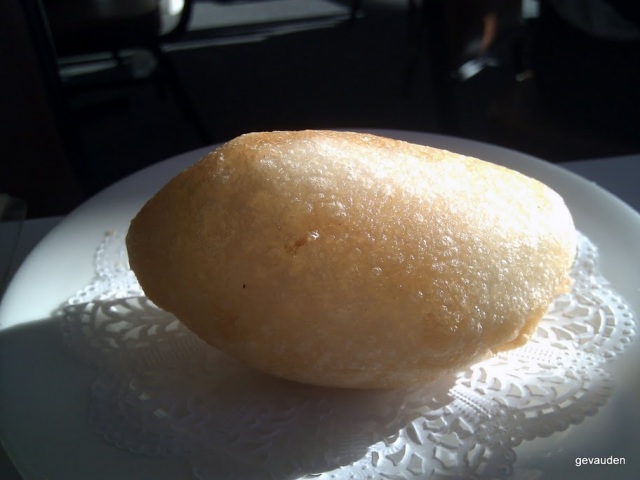 These were ordered at the insistance of my 3 year old daughter. “Dees wuns! We need dees wuns!” She had no idea what she was ordering, but wanted to be a part of the process while my partner and I perused the menu. She made a good choice! Beautifully crispy outer shell around the glutinous dumpling and a rather tasty prawn and vegetable filling. Boiling hot like they were straight out of the fryer, too. Nom. 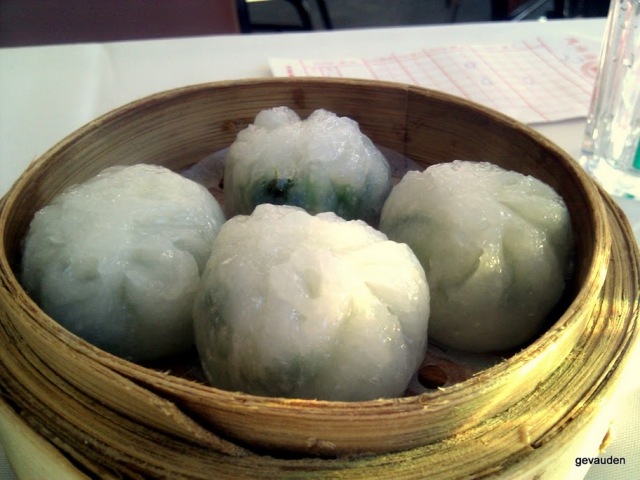 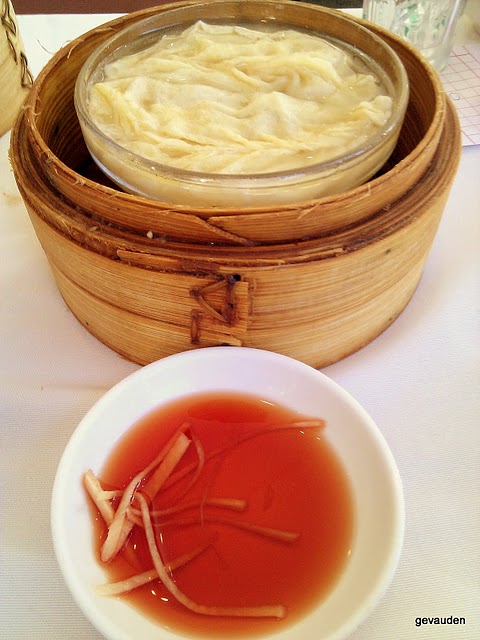 Tasty, but dunno if I’d order them again. They’re just a pain to spoon out into the bowl. I also think it doesn’t need the sauce, but that might be just me. 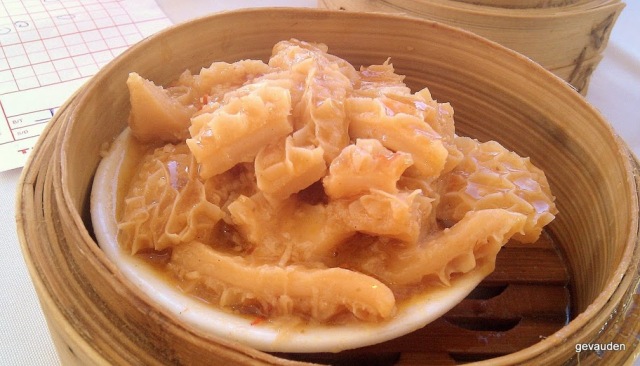 This was damn good. However, it being rather early in the morning, and me not being one who has breakfast that often, I couldn’t quite get my brain around the fact that it was ‘guts’. Stupid, I know, considering what else was probably in my dumplings, but I couldn’t stomach more than one small slice. I still highly recommend you give it a go. For anyone who hasn’t had it, it’s just chewy gelatinous stuff in a savoury sauce. 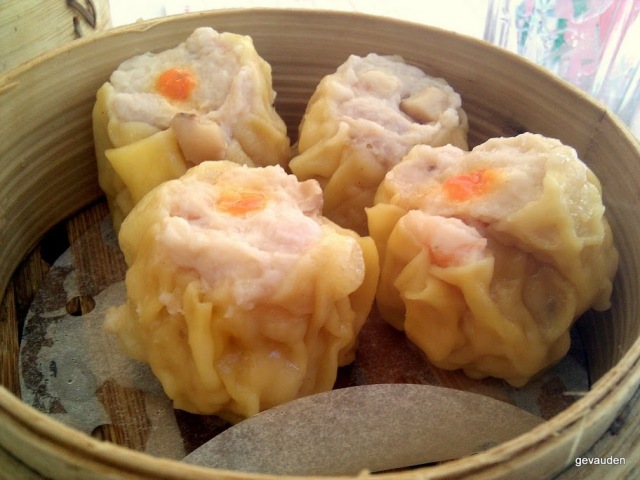 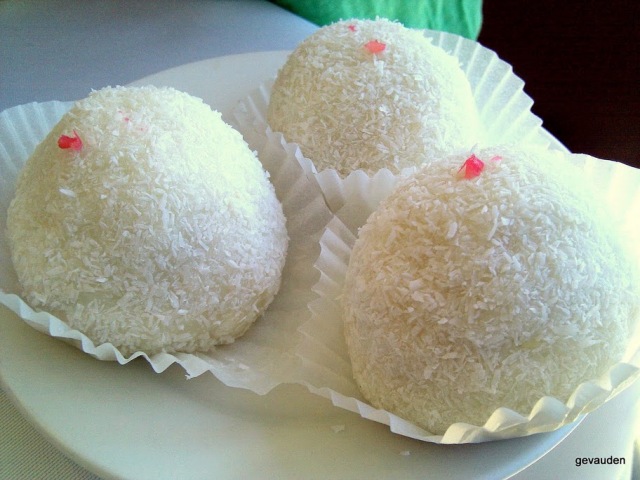 I believe this was another dish that way carried out on trays for diners to select. It tastes just how it looks – one of those sugary treats made from rice flour and dusted in coconut. 3 year olds love them. 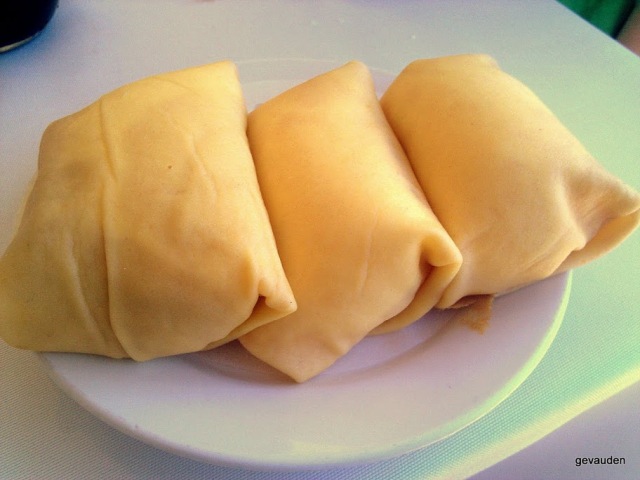 This was a request I made. I always get mango pancakes, even if I’m full. I don’t remember seeing it on the menu, but I know they make them. They do a damn fine one, as well. The pancake is fluffy, the ‘cream’ is delightful sugary crap, BUT the mango is always semi-frozen. I don’t know if it’s an accident or if it’s their ‘thing’, but it’s always frozen at Hung Cheung. Still tastes good. 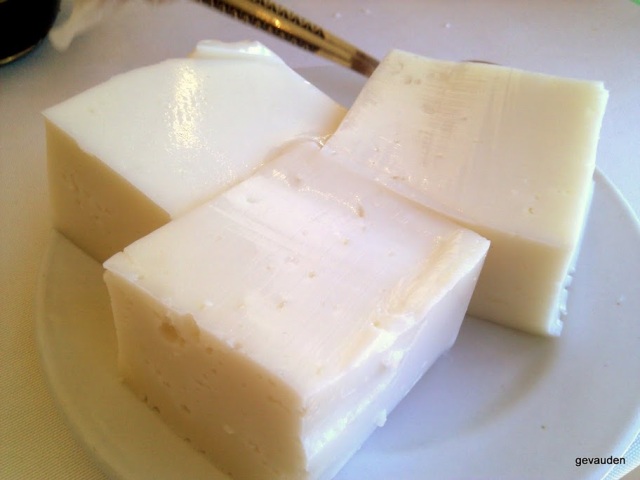 (Coconut Jelly – Pre-Child) – This was another request by the 3 year old. “Jelly! I want jelly!”, a request made after she saw it in the menu. I honestly thought she’d eat the lot, as she’s fond of it at home. 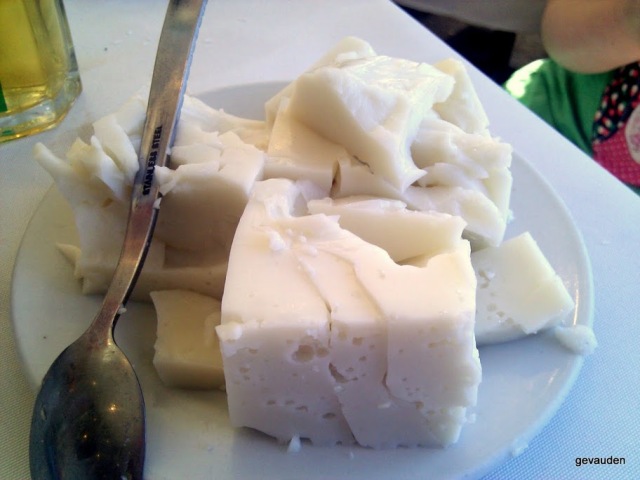 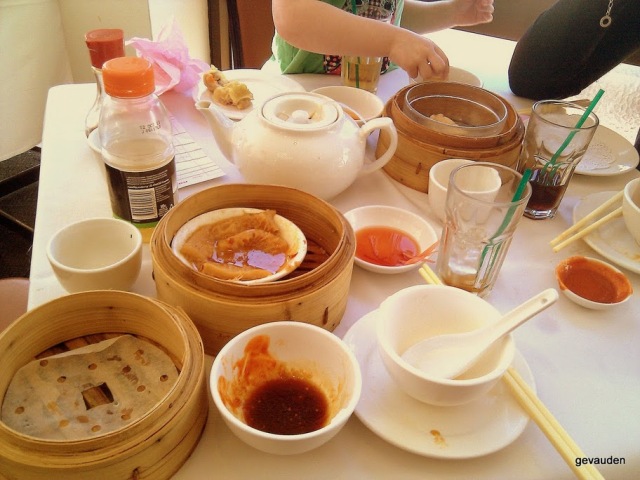 As you can see, we ordered quite a bit of food for two and a half people, and it only cost us $60 including tip. Damn impressive.

So, Hung Cheung is tasty, good value for money and convenient. Well, for me, anyway. It’s not much to look at from the outside (or the inside, for that matter), but don’t let that turn you off.